A conversation with Cynthia Muchiru of Mawingu Networks 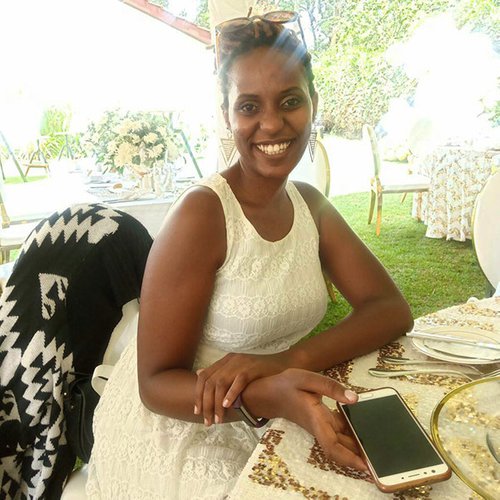 Cynthia Muchiru is one of those people whose energy and enthusiasm for their work is evident from the moment you meet them. As soon as we became acquainted with her at NANOG 80 Virtual, we knew we’d just encountered a rising star in the industry.

A recent grad who studied Computer Networks at Strathmore University in Nairobi, Cynthia is passionate about digital literacy, mentoring girls in tech, and leveraging her role as a Network Operations Center Engineer at Mawingu Networks to help provide greater access to the Internet throughout Kenya. We spoke with Cynthia recently about her experience as a woman in tech, the mentors who helped her get to where she is today, and what community means to her — both personally and professionally.

If someone told me seven years ago that I would have pursued computer networks, I would have told them they were lying.

What first piqued your interest in technology, and made you decide to pursue a career in this field?

My interest in technology started when I was young. My parents were both graphic designers, so I was around computers from a tender age. I would watch them create logos and posters, and it was really interesting. From around the age of 8-9 years old, I was also lucky to have computer studies in school.

When I was young, I wasn’t fully convinced about a career in IT. I was more inclined to teaching, or being an artist. In high school, my love for computers grew when I got to study it beyond the basics. I became convinced that I wanted to do software development, especially after my final-year project, which involved creating a soccer-scoring system using Microsoft Access. I really enjoyed it, and the project contributed to my interest in pursuing a career in IT.

In university, my path shifted from software development to computer networks. If someone told me seven years ago that I would have pursued computer networks, I would have told them they were lying. When I learned about routers and the Internet in high school, I really hated it. But when I learned the same things more in-depth at university, I was so intrigued. I found the practical bit to be really interesting. Those few classes I had — considering I didn’t study telecommunications, but business and IT — stirred up my love for computer networks. The lack of women in IT also increased my drive to pursue a career in the field. I tend to like challenges!

That’s so cool that you found a new interest in computer networks while at university! Before arriving at your current role, you were a Network Operations Center (NOC) intern at a Kenyan Internet company, and also worked for a digital-literacy academy. In what ways did these early positions help prepare you for the work that you’re now doing as a NOC Engineer at Mawingu Networks?

I always say that I owe my current interest in part to my NOC internship at Surf Kenya. It was my first experience outside the classroom in the telecommunications space. My supervisor was very knowledgeable, and willing to teach me all I needed to know about providing the Internet. During my role in the NOC, I got to work with the field engineers to physically install equipment at the client’s premises, and interact with different vendor equipment. I also got to learn all that’s involved in setting up and monitoring a network infrastructure.

Some of the vendor equipment I interacted with was similar to what’s used in my current role at Mawingu Networks, which gave me an advantage. The field experience also helped me to be able to visualise how the Internet reaches the client’s premises, which helps me in the everyday troubleshooting of links. While working at the digital literacy academy, I learned to interact with different people; from parents, to students learning how to code. It taught me to always listen to other people’s views, which helps me in my work today. Interacting with the children, and seeing their drive to learn IT, also motivated me to have the same drive in my current role.

“The company I work for believes in the value of supporting the underdog, ensuring we help get Internet access to people in very remote areas; some of whom don’t even have cellular access.” 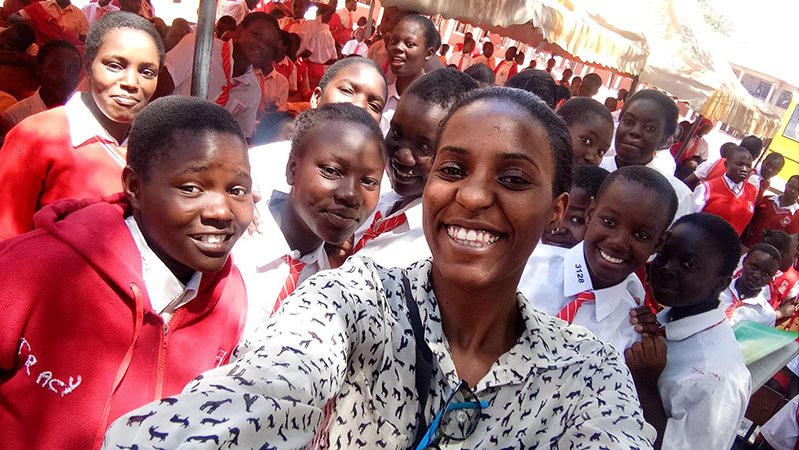 Such important lessons to learn. Most people in Africa are still digitally underserved, and Mawingu Networks believes it’s of critical Importance to get everyone in Kenya online. As a NOC Engineer at Mawingu, how does your role support these efforts?

First and foremost, I get to provision new customer links which ensures that customers from various parts of Kenya are given the chance to get Internet access. The company I work for believes in the value of supporting the underdog, ensuring we help get Internet access to people in very remote areas; some of whom don’t even have cellular access.

It’s normally very satisfactory to commission a link of a potential customer in some of the remote parts of Kenya. My role of monitoring the network, both from the customer’s premises to the base stations, helps ensure the quality of service being provided to the customer is top notch. Being able to identify and resolve a problem before it affects the customer is really fulfilling. And it’s rewarding to see customers using the Internet we provide, and how it improves their livelihoods.

I can only imagine how rewarding it is to get to do that kind of work! What challenges, if any, have you faced as a woman working in tech?

Where do I even begin? Being a woman in tech comes with many challenges. First and foremost, the fact that you could be the only woman in a group of 10 men can feel really intimidating. At times, I’ve struggled with voicing my opinions to my male counterparts because I was scared I would be judged, or wouldn’t be taken seriously. During the few times I’ve gotten to do fieldwork, I’ve had to prove my relevance because some of the tasks would be deemed to require “physical strength,” which some people assumed I lacked because I’m a woman.

“I would not be where I am today, were it not for the various mentors I’ve met along the way.” 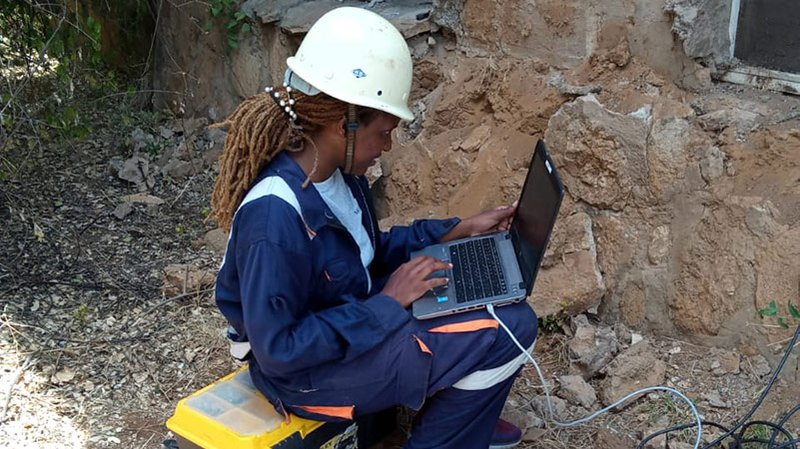 Mentoring is a passion of yours, and you’ve volunteered your time to help guide girls toward a future career in tech. Given some of the challenges you’ve faced as a woman in the industry, what advice would you give other young women who are studying some facet of technology in school, or at the very beginning of their careers?

That’s true, mentoring is very close to my heart. I would not be where I am today, were it not for the various mentors I’ve met along the way. I would advise any young woman in school who has an interest in technology to follow their dream, and not be afraid of venturing into the field. The technology world needs more women who are driven to make an impact and a difference in the industry, and to voice and contribute to new technology discoveries.

I would also tell them that they’re not alone. Yes, there may not be as many women as men in technology, but they should instead see that as a challenge. Once they start pursuing it, they’ll realise that it’s not as difficult as they envisioned. Their drive and support from other women in the field will really go a long way.

What other women in tech inspire you most?

Grace Hopper, who’s one of the most phenomenal women in the technology space. Her legacy is an inspiration to me. Despite the challenges she’s encountered, she was able to create a name for herself and leave an imprint, which is something I strive to do.

Also Ida Nganga, who deals a lot with technology and innovation, and is concerned with coming up with ways for technology to help improve the livelihoods of others. Her drive inspires me. I love how she boldly knows how to sell herself and inspire other ladies to pursue a career in technology.

Last, Eunice Nyandat who’s in the digital-marketing space and involved in mentoring those with technology startups. She’s a woman with great advice, who pushes you to go beyond your limits. She’s actually one of the reasons I pursued a career in telecommunications.

“I was excited to learn that there’s a bigger community of people in the networks space.” 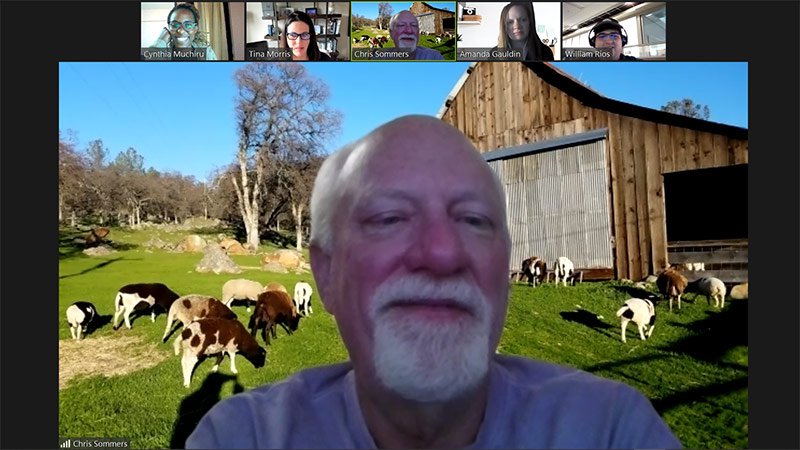 You participated in both the NANOG 80 and NANOG 81 Virtual conferences. Can you share one or two highlights from your experience, or something new that you learned as a result of attending?

The Newcomers Networking Session was one of my highlights. It was great to get to interact with other professionals in the technology field, especially computer networks. To be honest, getting into the telecommunications field wasn’t easy for me, especially because there wasn’t much of a support system. But during the Newcomers session, it was great to be encouraged through the shared experiences of others in attendance. I got to learn the importance of being well versed with programming, even if you’re in the telecommunications space. And I was challenged to work on improving my coding skills so as to automate some of my daily tasks.

That’s so great to hear! How did you first learn about NANOG?

I learned about NANOG from KeNOG, a local community here in Kenya. One of the members shared about the conference on social media, and I was excited to learn that there’s a bigger community of people in the networks space.

Speaking of “community,” what does it mean to you, both personally and professionally?

Professionally, community means working as a team on the job to solve a particular problem. It also means getting to interact with professionals in my line of work and exchanging ideas and pitfalls. Personally, it means having people around me who help shape my character, and advise me when I make mistakes. It also means getting to mentor and setting a good example to my mentees.

In what ways do you hope being a part of the NANOG community will complement the work you’re doing at Mawingu?

Being part of this community will help me get to learn from others in the same field, and I’ll get to know how things are done in different parts of the world, some of which I’ll implement and share with my fellow colleagues at my place of work.